1Dutch Projects is pleased to present Butterfly Effect, a series of six original digital artworks, and NFTs, by Anna Xenz. This is Anna’s first endeavor into the world of blockchain art and NFT production. We are thrilled to unveil Butterfly Effect during the second online edition of CADAF, an international digital art fair. The fair produced in partnership with BeauxArts and Cie, a leading digital art publishing house. The fair opens on June 17, 2021.

Butterfly Effect was inspired by a short story “A Sound of Thunder”, a 1952 classic by Ray Bradbury, a cautionary tale of environmental and ethical pitfall of rapidly evolving technology. It is a story of time-traveling dinosaur hunting party, that accidentally tramples a butterfly, causing ripples through evolution. “A Sound of Thunder” is the origin of the term ” butterfly effect”, one of the central concepts of chaos theory.

Resonating with the current vast development of the blockchain industry and digital space, Butterfly Effect is an exciting visualization of thrills and perils of technology and its impact on civilization. Indirectly implying on the digital/NFT wave, the blowing uptrend, and ultimate chaos its reviling through the classical art world.

The six episodes comprising the series are created in Xenz’s signature laconic style, juxtaposing simplicity of execution and dramatic subject-matter. The choice of neon light is not random, it emphasizes the boldness of the new and riminess on the past days of the 1990s, illustrating the time and life in motion. The artist makes the butterfly, the ancient symbol of resurrection, the main character of her story, turning Bradbury’s somber classic into a story of endurance, hope, and renewal.

Each chapter encompasses a vision and theory of yesterday, today and tomorrow.  Collectively the episodes comprise a complete story of evolution. 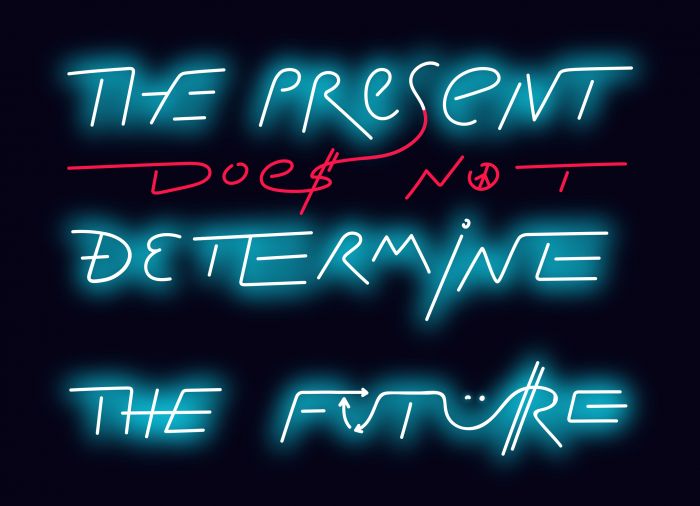