Denis Ouch: Made/ Maze in Paris

In 2022, Denis Ouch visited Paris for the first time in his life. Like many artists before him, he was smitten by the classical beauty and cultural diversity of the City of Lights. This immediate infatuation was so profound that Ouch interrupted his travels and remained in Paris for four months. The result is Made in Paris/Maze in Paris, the artist’s largest and most varied comprehensive series up to date.

Thematically, this body of work revolves around archetypical French characters: Louis XIV, the17th Century king of France, Jeanne d ’Arc, the patron saint, Louis de Funes, a beloved French comedian, the Gallic rooster, and, of course, Mona Lisa - the artist’s favorite subject of reinterpretation. Stylistically, it is a bold leap into the mixture of European aesthetics and Ouch’s signature Pop art palette and vocabulary. For the first time in his oeuvre, Ouch introduces cardboard, a brand new daring addition to his unique urban style. Aside from large scale canvasses, the series also includes works on paper – this time, on Paris subway maps.

An attentive observer of international pop culture, Ouch always delivers a tongue-and-cheek commentary on its pervasiveness. Wondering through the maze of Parisian streets, the artist internalized local visual culture to contemporize it as a Pop artist par excellence would do.

For “The Sun Emperor”, Ouch appropriates an equestrian portrait of Louis XIV. The image of the founder of Versailles, the epitome of lavishness and excessive lifestyle appeals to the artist’s sensibilities, who spent his formative years in Europe. “The Sun Emperor” is a signature Ouch – a Baroque opulence thrown against saccharine cheerful backdrop.
In the course of his career, Ouch never shies away from depictions of current political and social climate.

Mona Lisa, Ouch’s celebrity of choice, receives continuous humorous treatment. Yet again, the artist effectively knocks down her iconic status by adding an ice cream cone to her played out image.

In “Made in Paris/Maze in Paris”, Ouch reconfirms his ability to absorb and reconstruct any visual culture that meets his attentive eye. Reaching to the other side of the Atlantic, he delivers as effectively as ever: the thoughtfulness and relevance of his work received another facet - French playfulness and elegance. 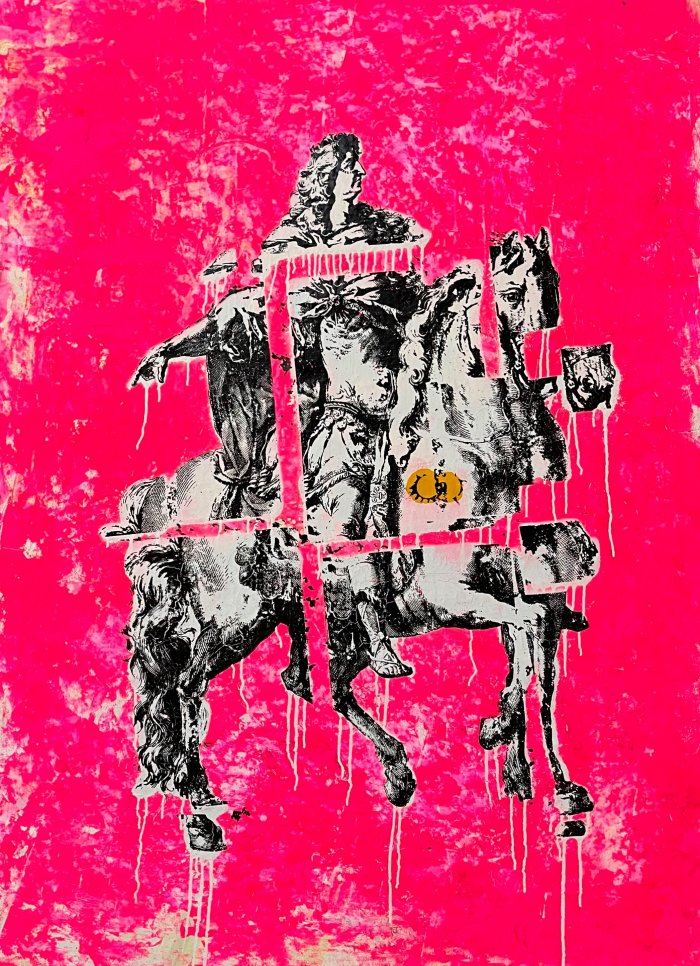 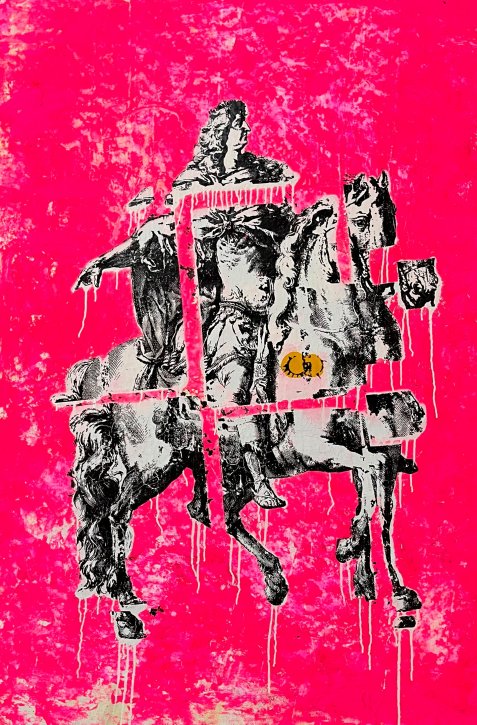 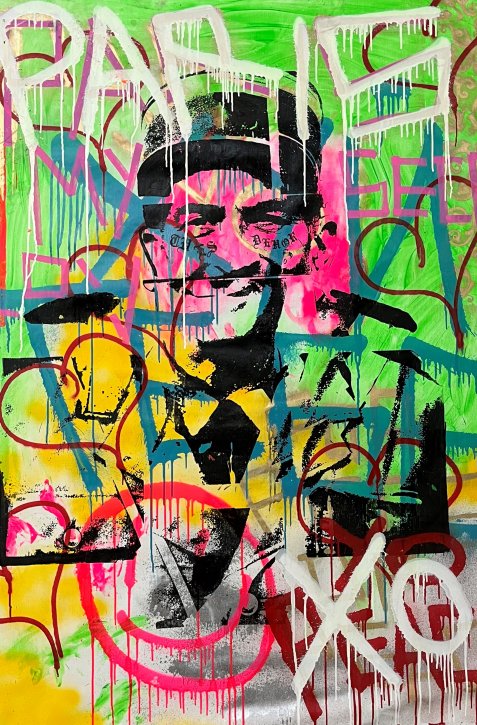 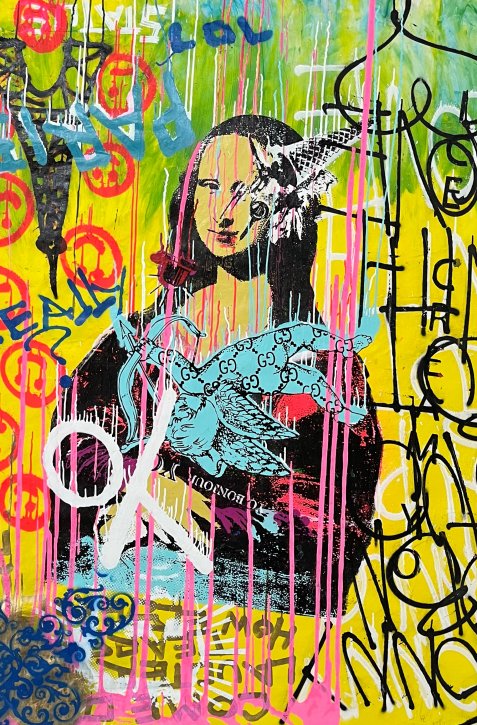 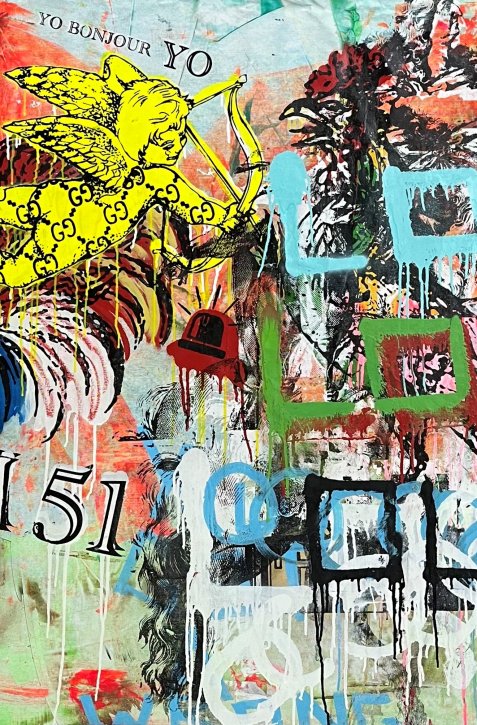 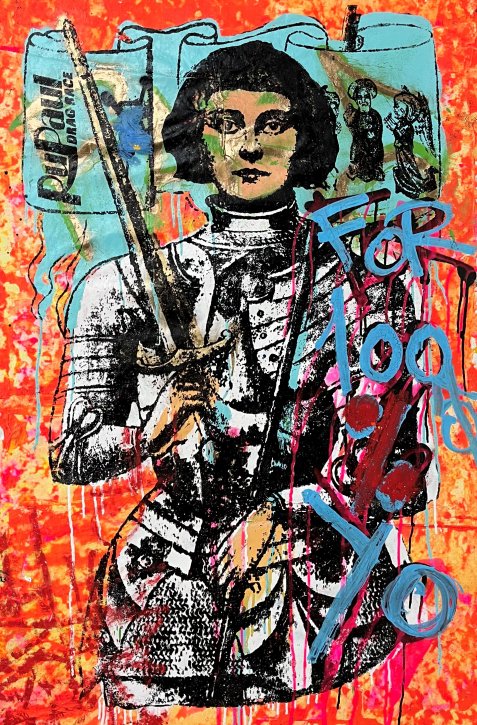 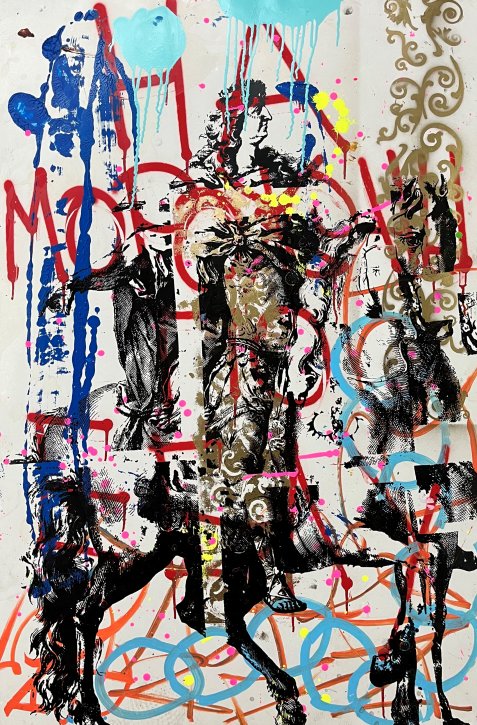 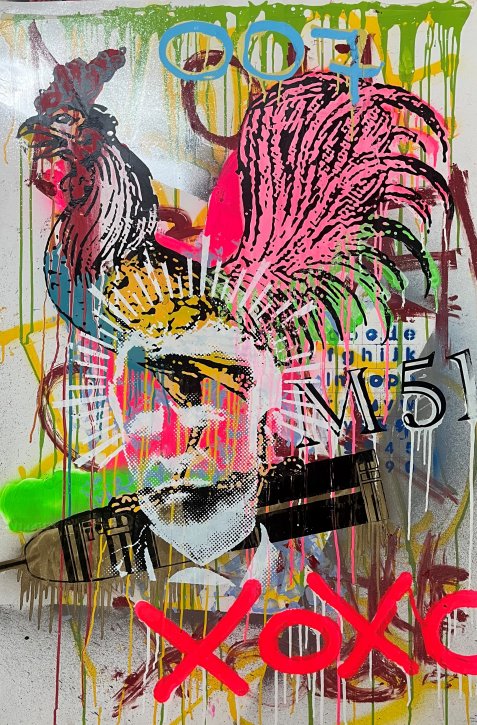 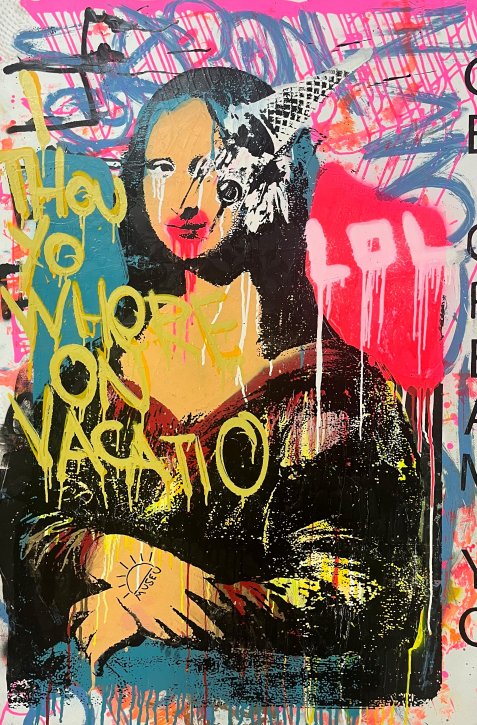 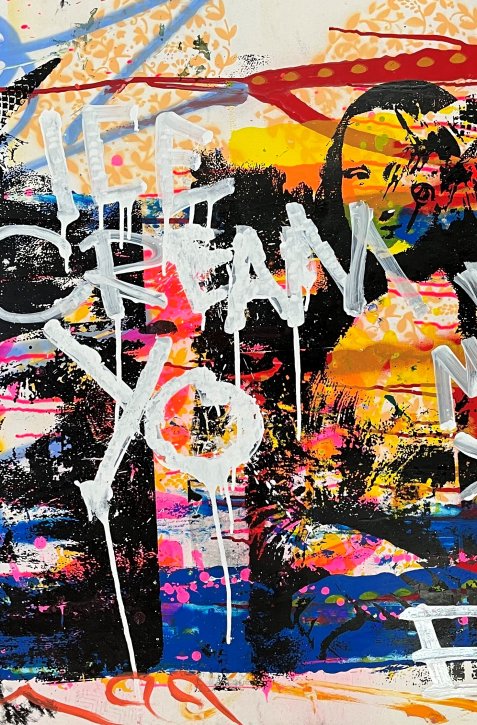 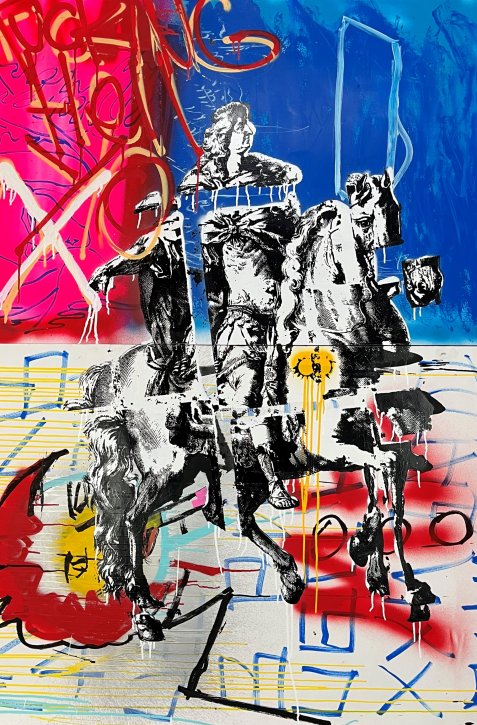 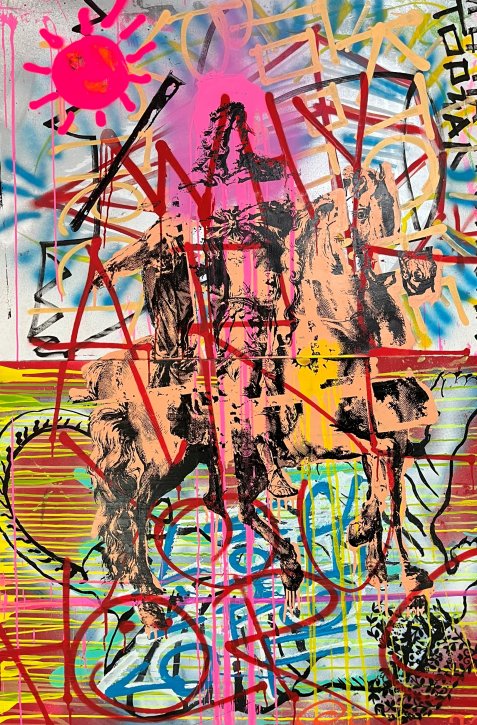 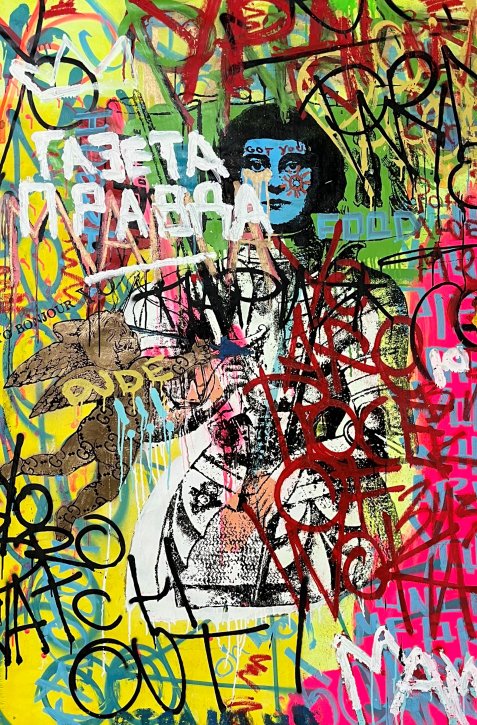