Denis Ouch: Angels on My Screen

Angels on My Screen is a comprehensive series of thirteen large scale paintings in which the artist successfully combines the elements of abstraction, Pop and Street art to reflect his musings on the origins and transient nature of human values.

Ouch’s coming of age and first artistic efforts took place in 1990’s Russia, a decade when the country was passing through the conversion of the world’s largest state-controlled economy into the free market and unregulated democratization of political culture. This drastic transformation profoundly affected every aspect of everyday life.

Visual space, especially within the advertisement world, was inundated with images of Western lifestyle, cultural icons and influencers. Their messages of affluence, success and joy de vivre were outwardly distant to an average citizen who was facing a simple existence. Debilitated by years of state governance and ruthless censorship, visual artists were incapable to metaphorize values that were brought about by the new reality. The new generation of artists embarked to fulfill this void, and Ouch was one of them.

Ouch was one of the first few trailblazers of the street art scene in St. Petersburg. Denis’ initial output was mainly emotional slogans graffitied on walls of public buildings. Since then, verbal statements became a vital element of the artist’s work, attesting to his fascination and admiration of the power of language. Simultaneously, Ouch began his search for a universal vocabulary allowing him to portray human values that were crumbling under the weight of the new social order.

In 2001, Ouch relocated to New York. While working towards his degree in Economics, he decided to pursue a full time artistic career. Starting as a self – taught solitary urban trespasser, tagging his name on the walls of Williamsburg, Ouch soon began gaining attention for his elegant colorful large scale murals. In early 2010’s, Ouch expanded his endeavors to paper and canvas.

Angels on My Screen is the artist’s tribute to global influence of American Pop art. The series combines duality of abstract – to think outside of the box, and traditional silk screen small scale images – focusing attention on a specific subject matter. Universal ideas are dexterously conveyed through simple imagery.

Ouch is charmed with democratic qualities and his ability to deliver a powerful message through symbols of mass culture. Here Denis interprets Pop vocabulary and iconic subjects to reflect on the nature of progress and its underlying values. He eschews his signature domineering images and vast backgrounds to depict small-scale mass culture icons of the 20 th Century and beyond.

Unlike all other smaller images, Screen #8(Liberty) is singled out on purpose to extrapolate on the importance of freedom and its value to every one of us.

Quite unexpectedly, Ouch adds a pair of wings to these images. The artist uses this simple yet powerful element to demonstrate, with dramatic and somewhat ironic pointedness, the jeopardy in which human values find themselves, and the artist’s own struggle to preserve them. 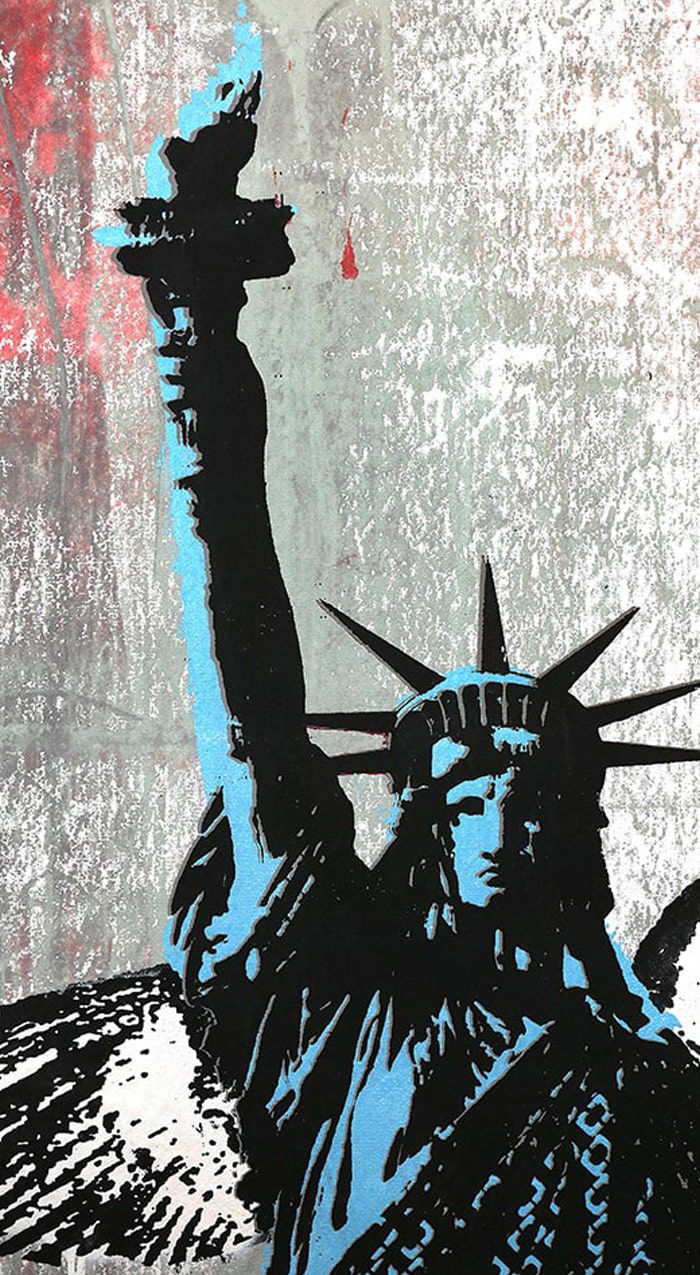 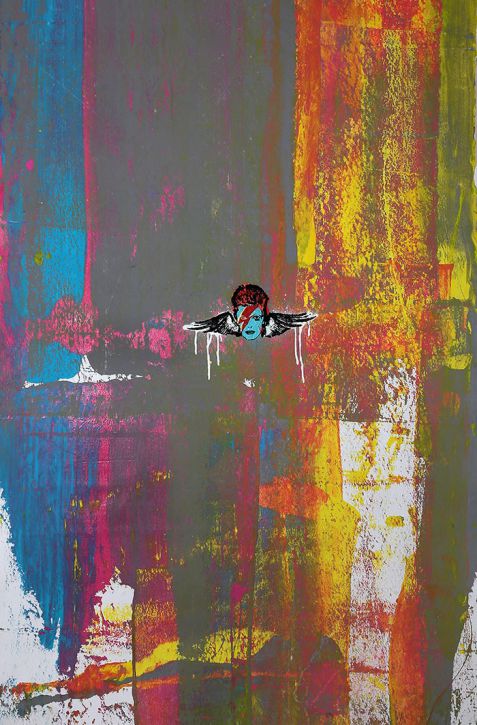 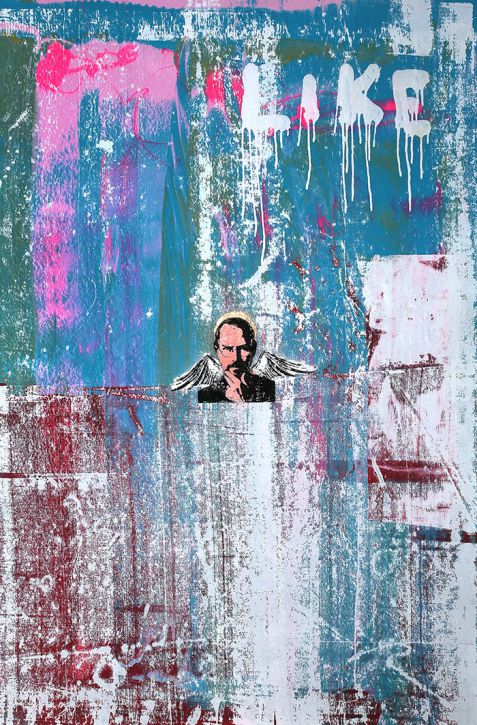 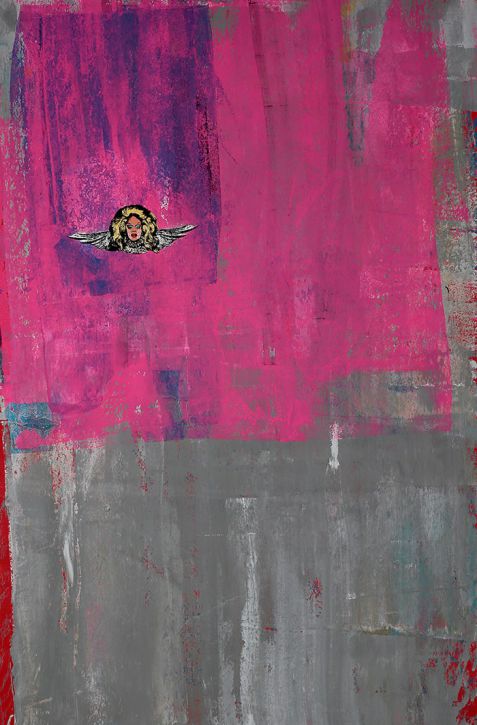 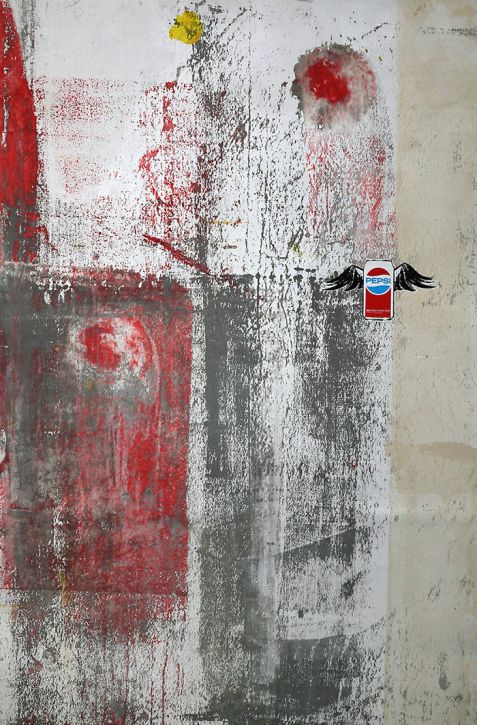 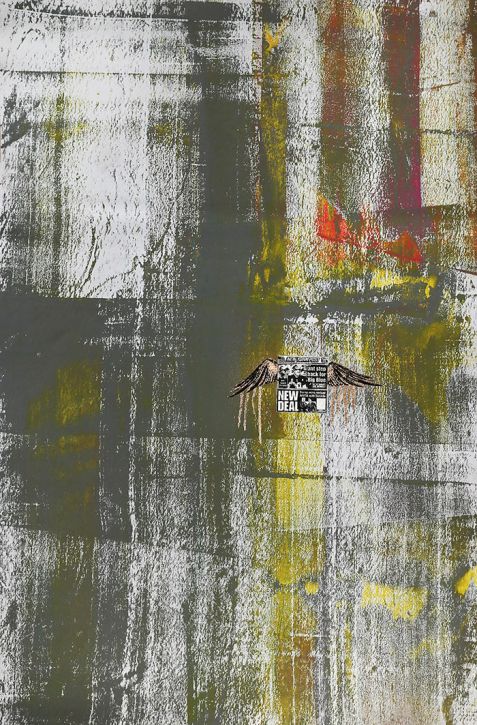 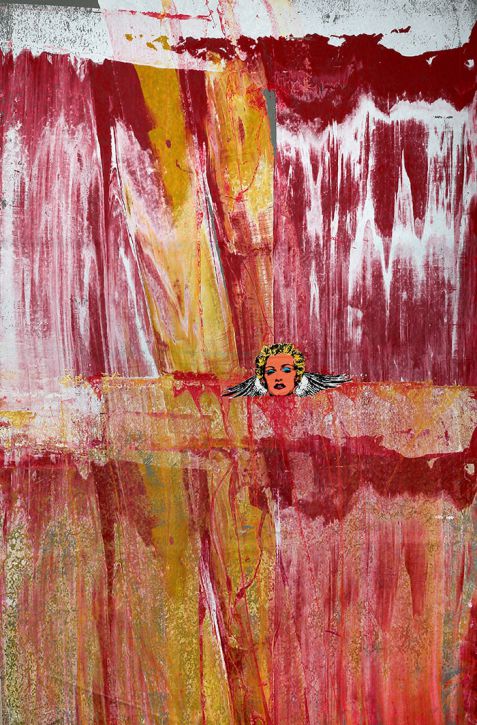 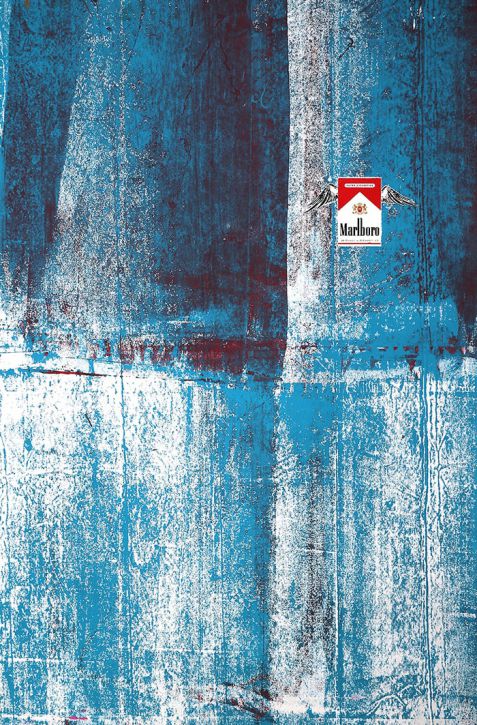 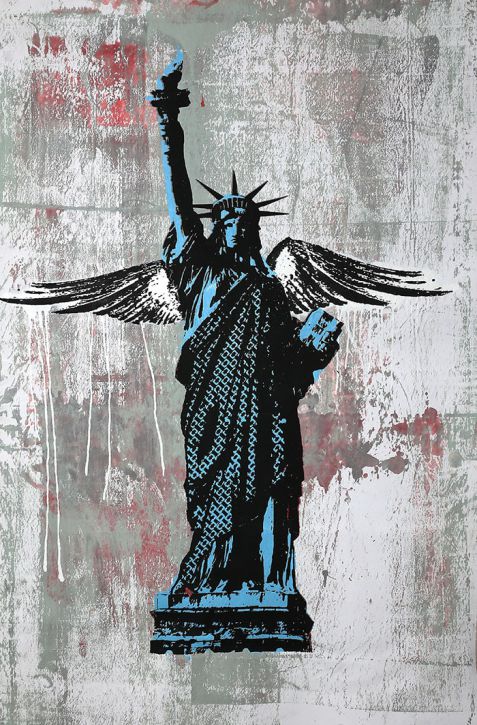 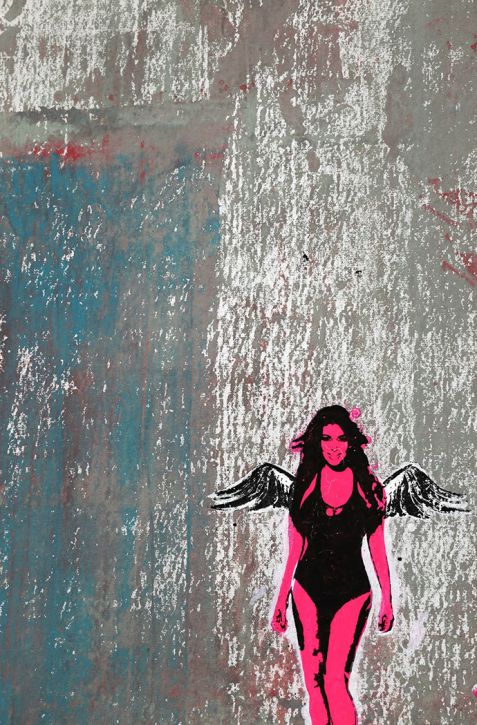 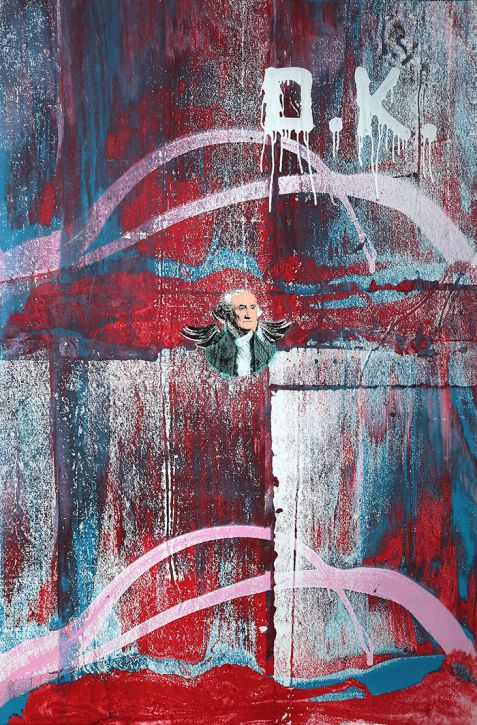 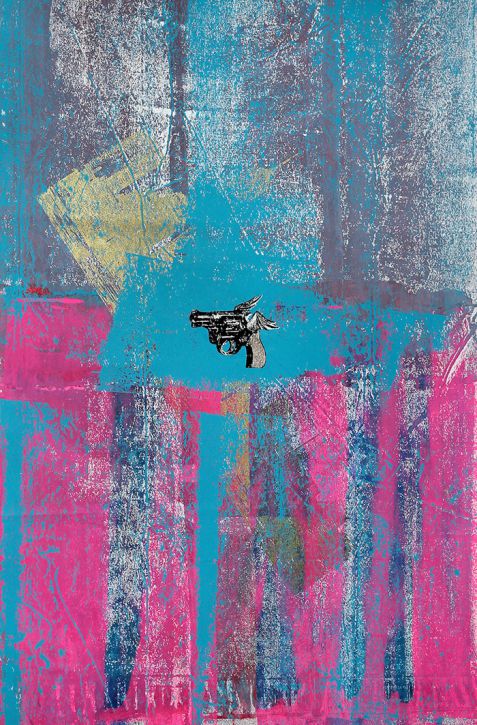 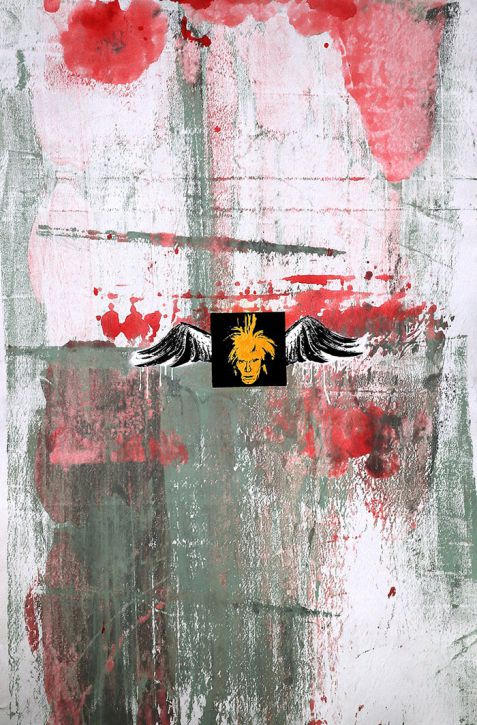 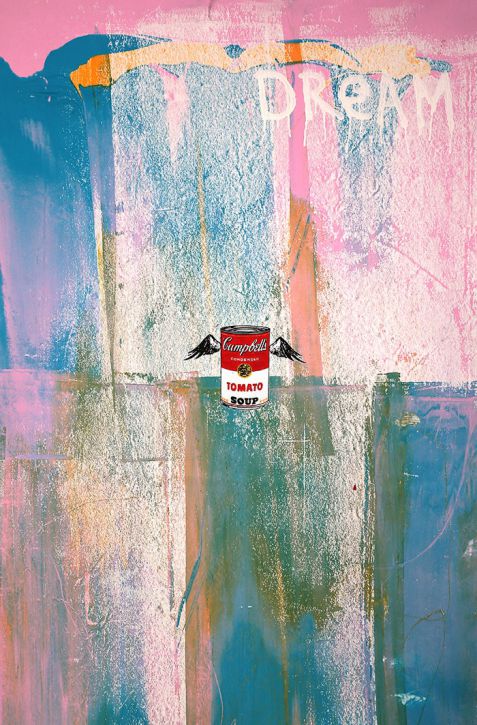