1Dutch Projects is pleased to present Private Performances, a debut NFT collection by Dagnini. The collection includes “Peep Show” and “Performance Regarding Venice Issue” video loops of the artist’s renowned performances. Private Performances is unveiled during the second online edition of CADAF, an international digital art fair, and offered as a single edition NFT through opensea.io. The fair produced in partnership with BeauxArts and Cie, a leading digital art publishing house. The fair opens on June 17, 2021.

Dagnini enacted “Performance Regarding Venice Issue” at The State Hermitage Museum in 2019 during an academic roundtable dedicated to 58th Venice Biennale. Comically emulating the Golden Lion, the main prize of the renowned institution, Dagnini rushes into the Museum’s atrium. The creature was then transferred to the Kabakov Hall, named after Russia’s eminent conceptual artist. The living sculpture was then placed on the pedestal surrounded by fake Louis Vuitton bags. “Venice Issue” is a sarcastic commentary on the values of counterfeit vs. unique, and the ultimate role of cultural institution.

This powerful burlesque yet again proves Dagnini’s unique status as an entertainment virtuoso with a profoundly serious undertone.

Dagnini is a visual and performance artist from St. Petersburg, Russia. (b. 1987), she received her BFA from the State Academy of Dramatic Arts her MFA from Pro Arte Institute of Contemporary Art. Since then, the artist’s work has been subject to numerous international exhibitions, most recently, at NADA House in New York. In 2020, Dagnini became a recipient of the State Award "Innovation 2020", under the "New Generation" category. Dagnini is represented by Fragment Gallery in Moscow, Russia. The artist lives and works in Moscow, Russia. 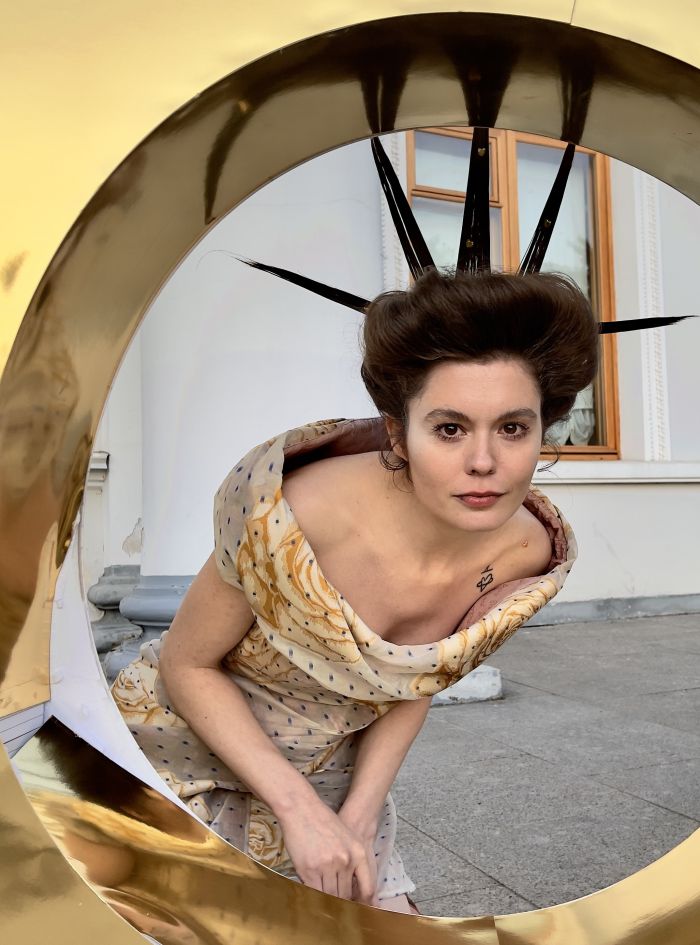 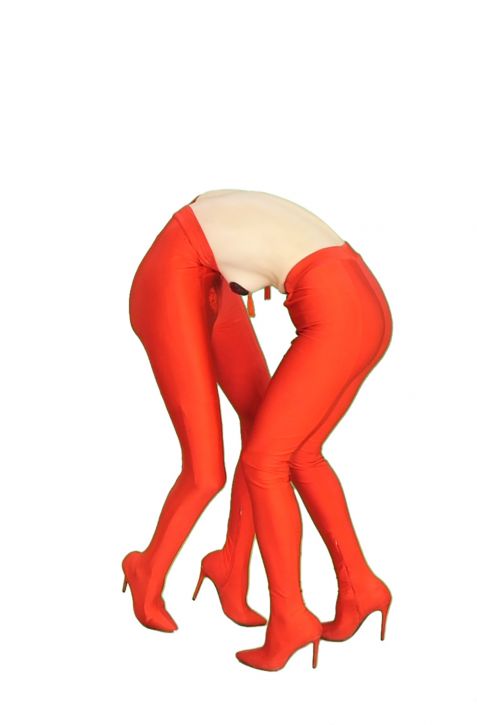