Looking at Shiri Mordechay’s exotic tempestuous work the viewer cannot shake a feeling that the artist’s vision was shaped in the late 18th Century, when Romanticism, a global movement defying rationality in favor of feelings and intuition, reigned supreme. The artist’s outlandish menagerie of age and gender-defying characters and somber palette, seems to have sprung from the pages of Frankenstein, The Hunchback of Notre Dame, and The Fall of the House of Asher.

To everyone’s surprise, Tales of Metamorphoses - Mordechay’s visual interpretation of Nightingale and The Snow Queen by Hans Christian Andersen, and Pinocchio by Carlo Collodi - is the artist’s first-ever endeavor into the realm of literature. Given Mordechay’s own mystical disposition, her selection of these grand Romantic fairy tales seems only logical. Transcending their period and genre-specific qualities, the artist turns these stories into timeless parables of personal integrity, a quest for knowledge and unconditional love.

Mordechay’s further demonstrates her unique color sensitivity in her highly sensual rendition of The Snow Queen. Painting on black paper, the artist reinterprets the old-time favorite tale of coming of age into a metaphor of love in its various forms: the warm brotherly attachment of Gerda and Kay, the domineering infatuation of the Evil Sorceress and her magic flower garden, and ultimately, The Snow Queen, with her senseless possessiveness. Mordechay’s employs her poignant icy blue to underscore the tragic aspect of the fairy tale, unexpectedly throwing in soothing elements of rust, green and purple, and then, a half-withered rose - a powerful symbol of desire that is bound to decay. Love can be dark.

For Pinocchio, Mordechay abandons its traditional sentimental aura. She internalizes its eccentric imagery and plot twists to revive Collodi`s original narrative of complexities of the human condition, embracing good and evil as equal measures. With her signature feminine intuition, the artist blends Collodi`s brutal vocabulary with enticing details. Fruits scattered around the towering figure of the circus’ owner, radiant poppies on the growing nose of the lying Pinocchio, his bright yellow hat with colorful plumage underscore the roughness of his wooden body. Mordechay’s Pinocchio is not a fragile wooden doll, but a fearless warrior relentless in his quest to become human, the ultimate metaphor of self-acceptance and transformation. The absence of the background in this series, emphasizes the obvious – emotional and physical transformation and the battle of good and evil within one.

The series encourages one to feel and see beyond the obvious. To dig deeper and explore multifaceted storylines behind each fairytale, and its mutation and analogy into today’s life and society norms.  Mordechay is pushing the limits by bringing the unfathomable darkness out of the brightest and purest ideals, forcing us to be a more pragmatic observer. 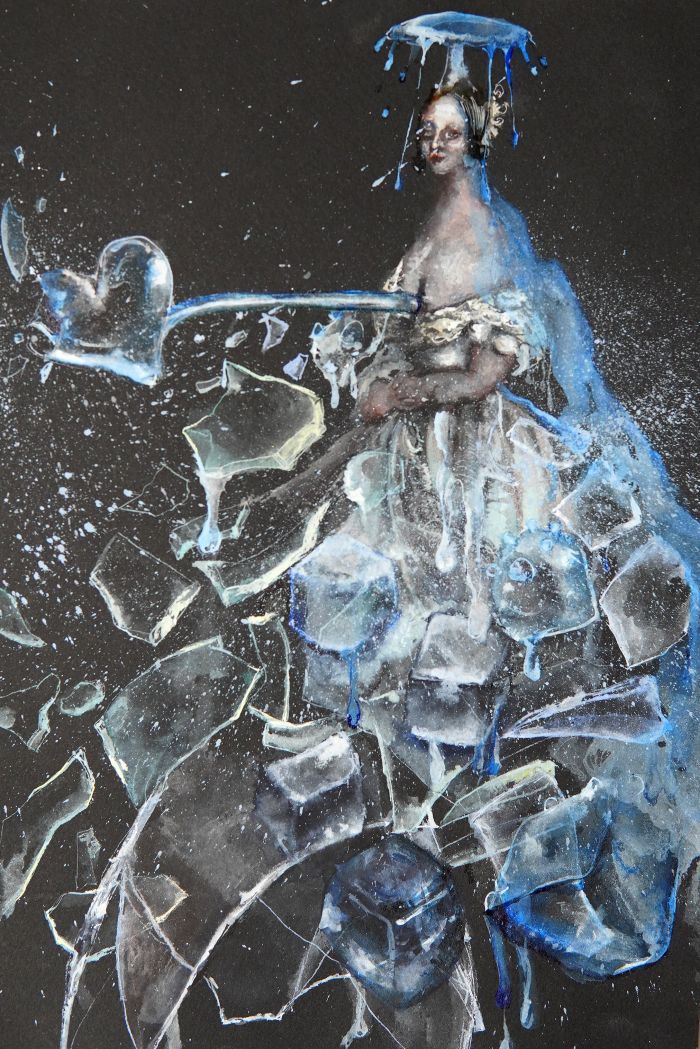 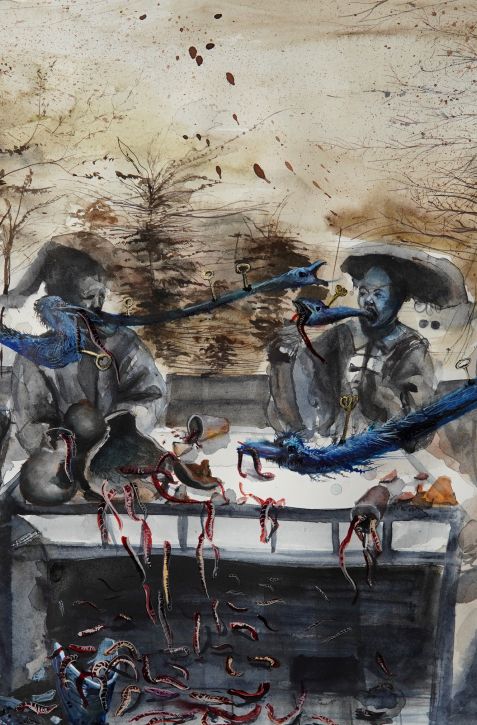 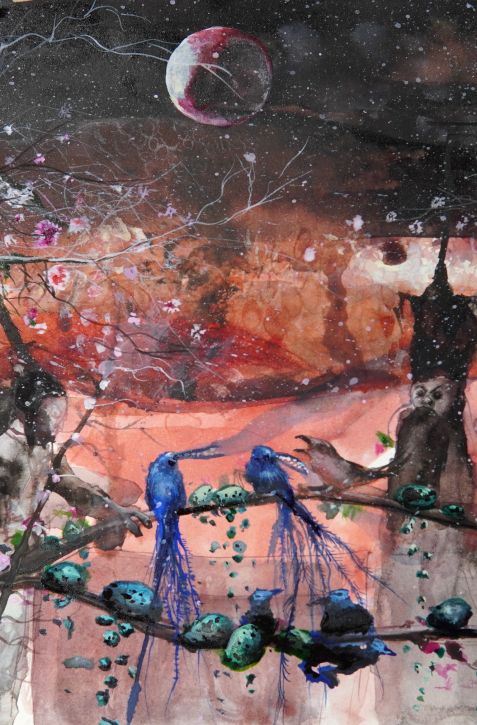 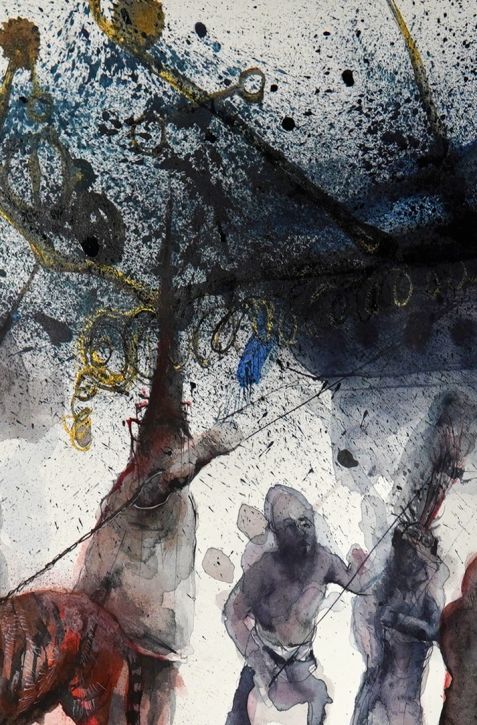 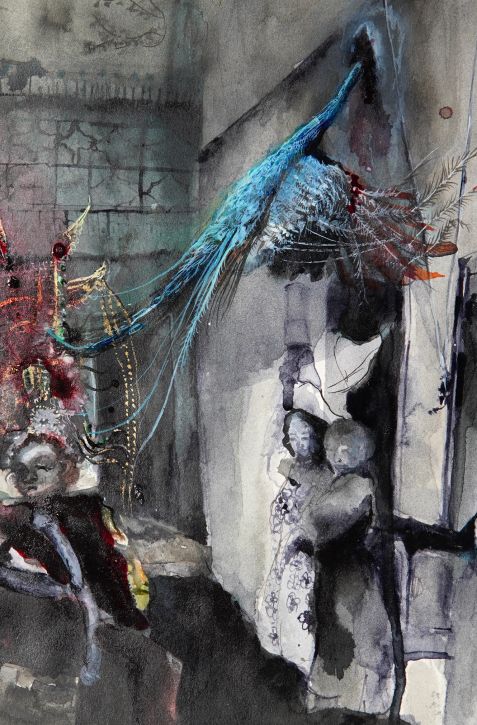 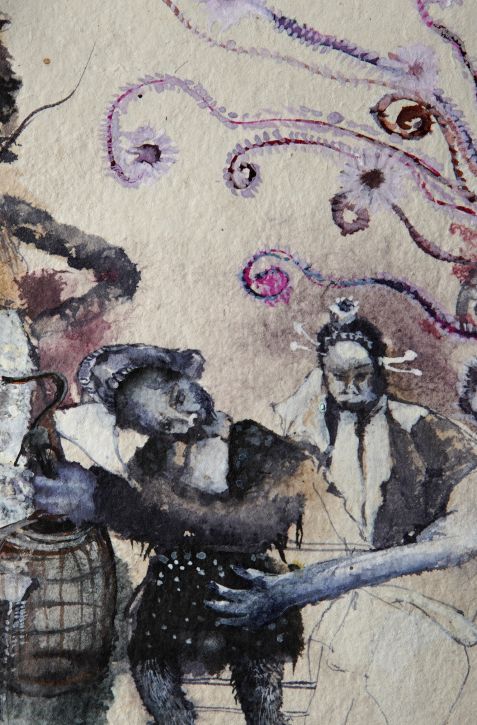 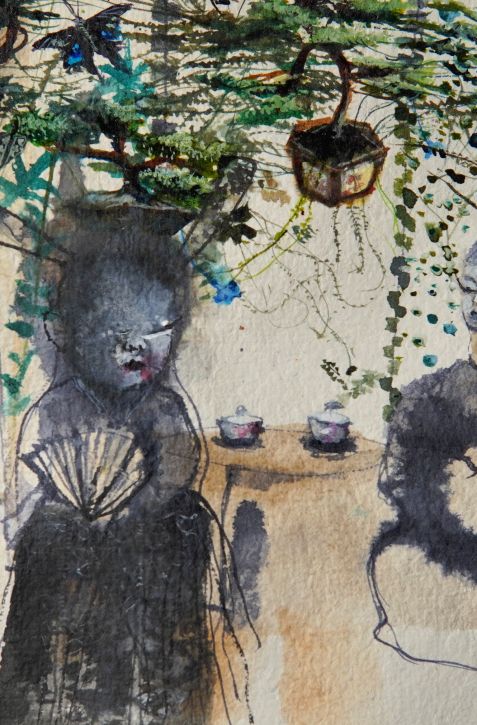 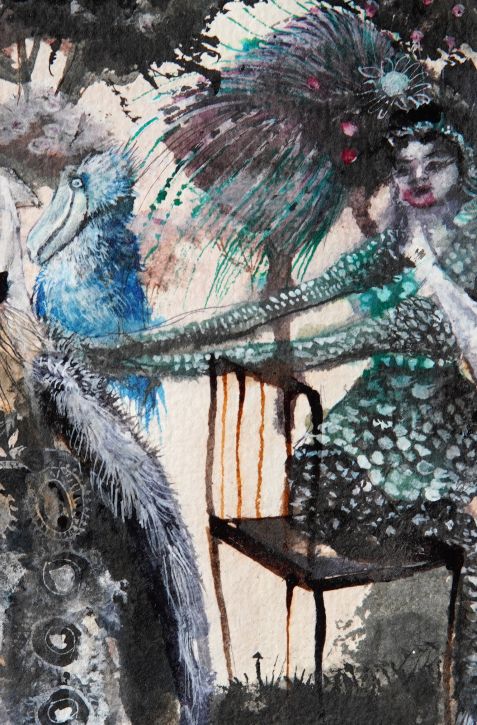 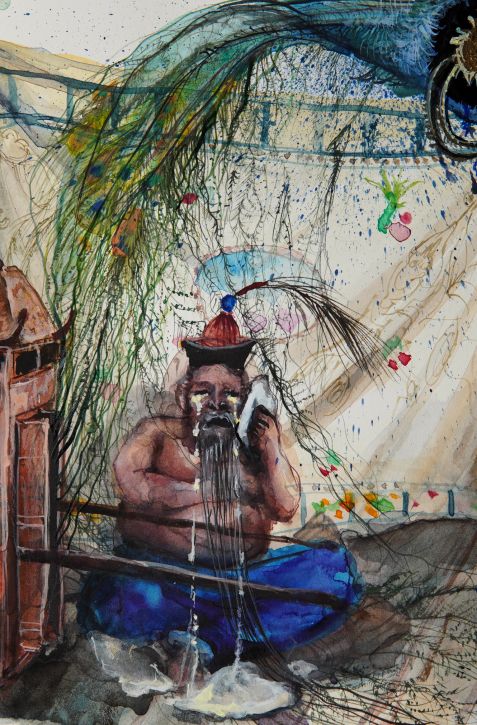 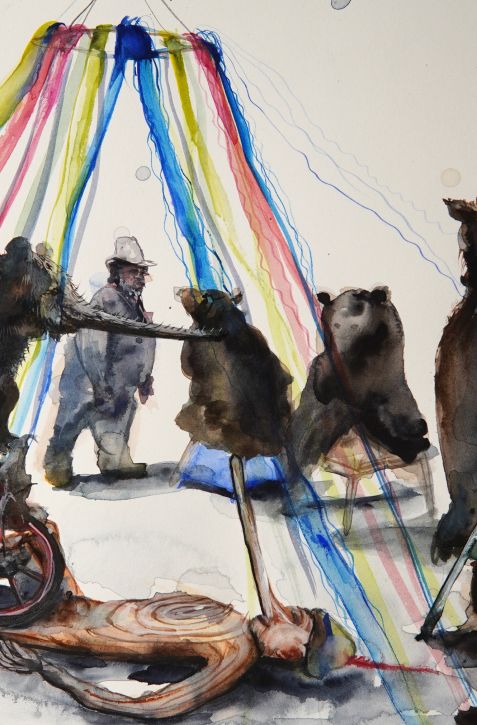 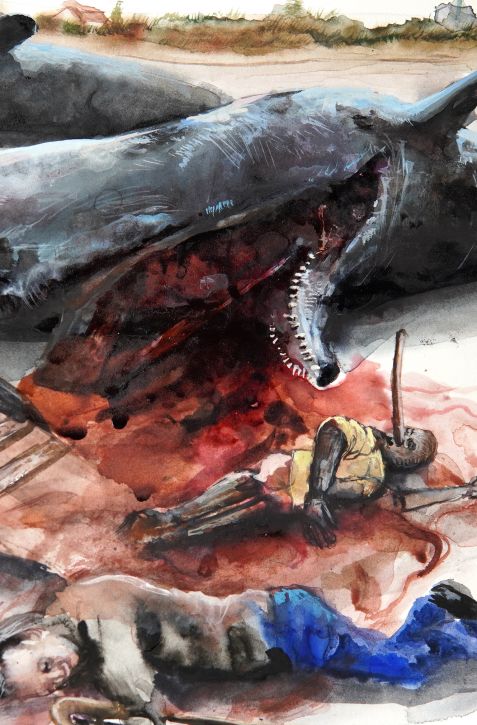 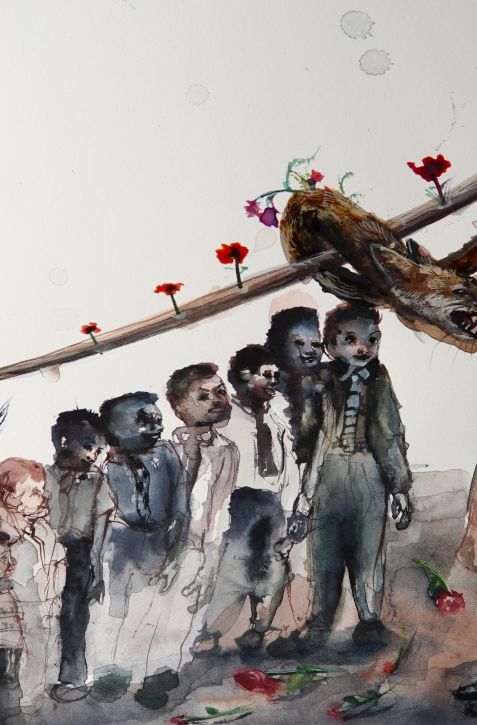 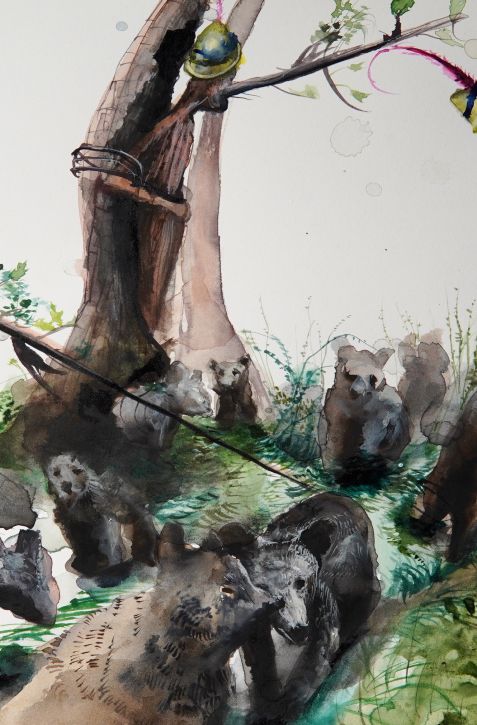 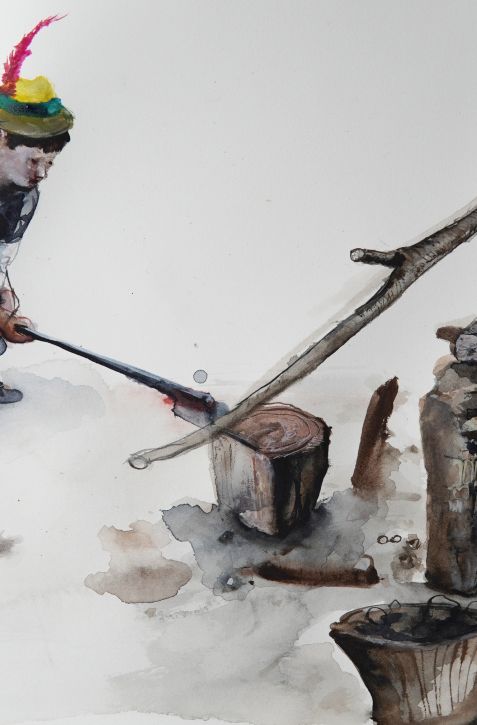 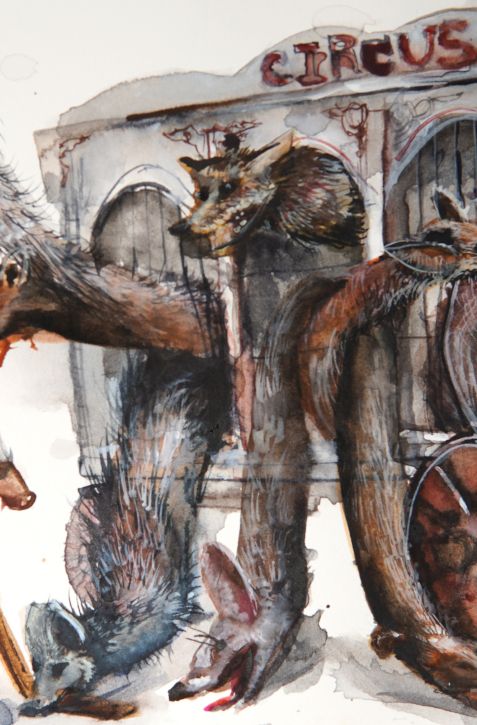 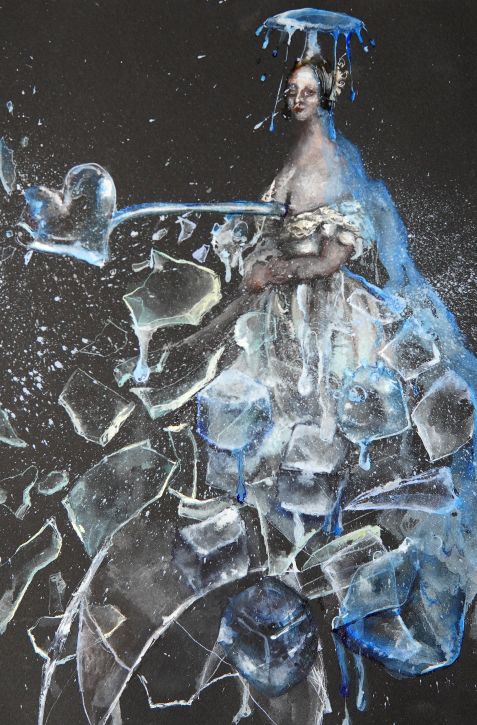 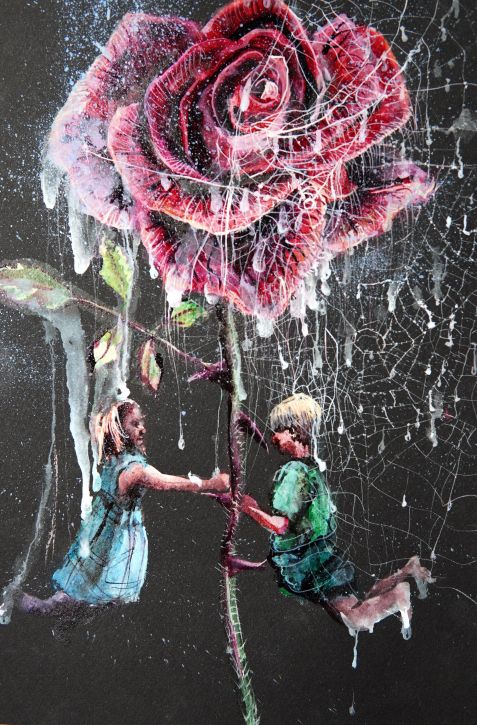 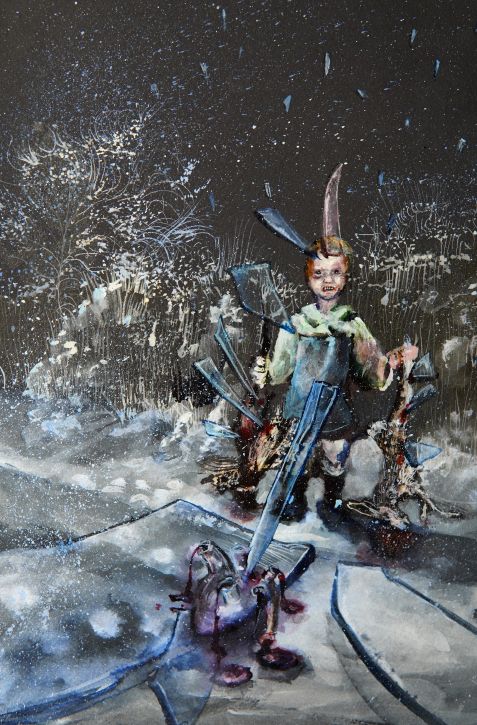 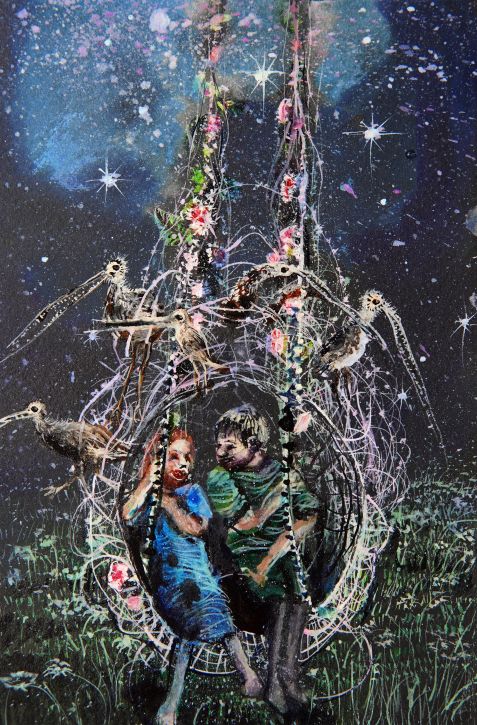 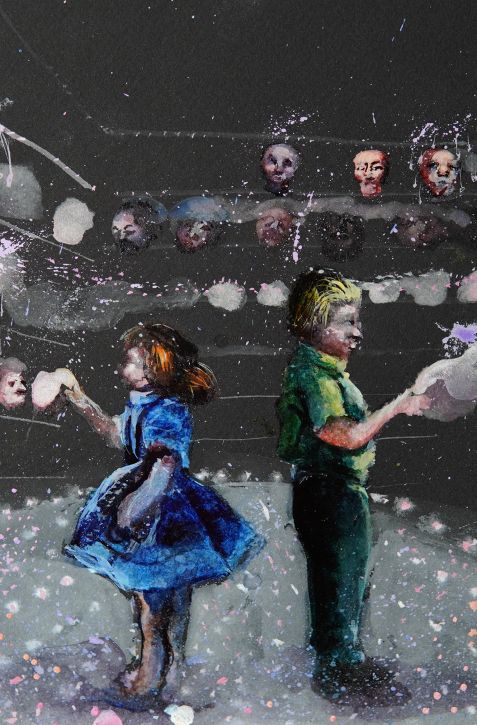 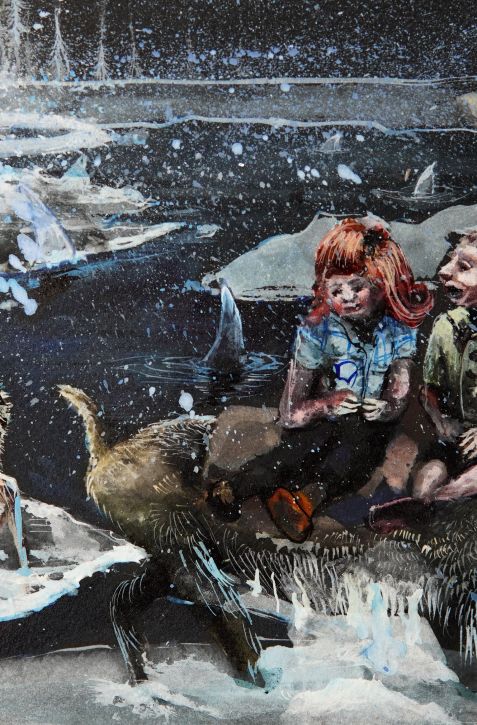 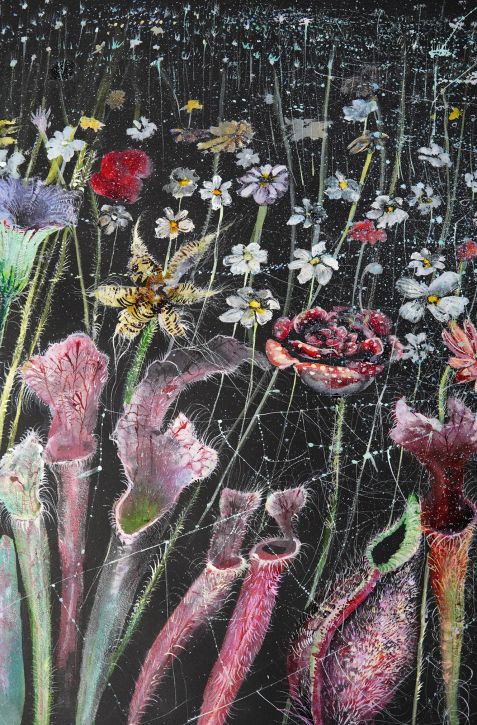